Last day in Antarctica – we’re headed for an early breakfast at 7am before leaving on zodiacs for E-Base, at Bellinghausen on King George Island to see Roberts E-Base school, and unpack the equipment they are going to use to install the new wind and solar powered units.

Jumper told us there are a number of International bases: Argentinean, Norwegian, Chilean, Russian, Uragyan, at Bellinghausen and across the straights, the Chinese base. The E-Base complex is located on the northern tip of King George Island, high on the hill overlooking the bay an right next to a Russian Orthodox Church.

Our morning was spent filming at E-Base with Robert Swan, and looking at different ways to make clean energy in one of the harshest environments on the planet.  We toured E-Base, and presented Robert with a new collection of books to keep at E-base for future students. I  also presented Robert with an indigenous painting from my father’s people in the Northern Territory, representing the desert in Australia as opposed to the deserts of Antarctica.

The E-Base is the first education centre in Antarctica, the area gifted to Robert Swan to thank him for all the clean-up work he did to rid King George Island of the massive rubbish it had collected over many years. A really special place for him. Once the new power generators are installed they will turn them back on and allow kids from all over the world to connect and see what is possible to do using renewable energy.  Final farewells on the shore and we head back to the ship on zodiacs to prepare for the bell ringing event.

Malcolm has been chosen by Robert Swan as one of the three people for the bell ringing ceremony and it is his birthday too, so he is really happy. The ceremony announces our departure and with three sounds of the ships horn we turn and head out the Bradfield channel to open seas and the dreaded Drake passage. I feel really emotional to be leaving Antarctica – this is such a special place, I find it hard to write about how I am feeling, it has all gone so fast, I have experienced more things down here then some people get to do in their entire life, but I am not ready to go home yet. I think it is just sinking in what an amazing planet we live in and how we have to start to do something to protect it. I didn’t really get the big picture before but now I do, now I really do care.

The seas started to swell as the sun sets on our last day in Antarctica and with the news of a category 10 hurricane bearing down on our passage, we went up to our rooms to prepare  for the worst! I am being moved back down to deck three,  and the doctor is coming to see me – I am really dreading the next 48 hours – just want to get through this storm and stand on something that is not moving. Feeling really bad, signing off and being put to bed by the doctor – you do not want to know the rest –but I did make it, and not too many were sick but it was a really wicked storm, the sound of the wind howling was quite frightening, don’t remember too much more. Caught Up on Orca Hunt

Hayley, Narelle and Malcom come across a pod of juvenille orcas and their mothers as they are being taught how to hunt and kill....
Read more

Coolest School on this Planet

The Coolest school on the planet is open and beaming back LIVE from Antarctica. Join Hayley Warner and 40 other young people from around...
Read more

A clip from the forthcoming documentary COOL SCHOOL ANTARCTICA with Hayley Warner shows the huge seas encountered on the way to Antarctica. On the...
Read more

Hayley Warner Snow Fight at the Bottom of the World

HAYLEY and the expedition team from 2041 get caught up in a snow fight at the bottom of the world. Time for a bit...
Read more 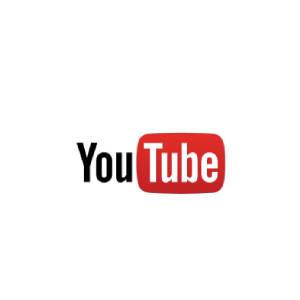